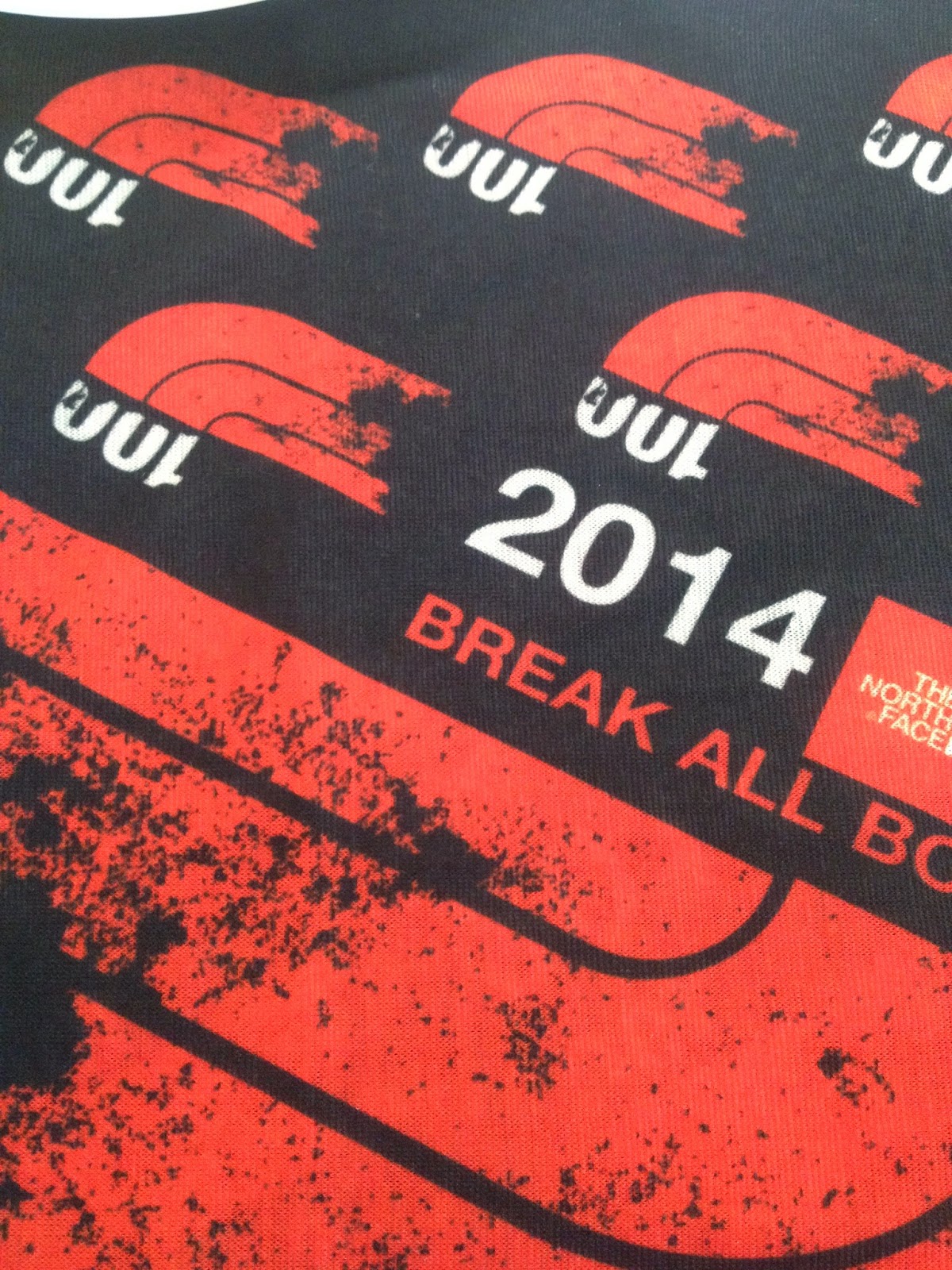 Well….it has been sometime since I last posted….life gets busy with all the usual things, especially when you add in preparing for an ultra-marathon!  My plan for this year was to run the 50km event at TNF with my cyclist husband.  As it would happen, he became quite unwell and hadn't been able to train at all and the best option would be to sell his entry.  I decided that if he wasn't going to do the 50km then I would transfer up to the 100km now that there was a chief cook, strapper and babysitter available!!

My training had been on track with decent progressions in distance and elevation with only some minor 'niggles' to nurse along…until….2-3 weeks prior to the event I tripped over an inconsequential tree root whilst running home in the dark (yes.i did have a headlamp on!).  Whilst there was some initial discomfort, I was able to run another 5km home.  A couple of days later, running was not at all possible.  Anterior knee pain pulled me up.  Usual treatment ensued with not much change in my ability to train…..in fact, no running at all.  I had some diagnostics performed at short notice (fortunately my local radiologist is also an ultra-runner!) Results were encouraging, showing only grade 1 patellar tendon strain and mild infrapatella bursitis.  I continued treatment and resumed light training, but still had a lot of pain on running…not all that encouraging when about a week out from race day :Z

In the week leading up to race day I did a lot of walking, hiking and shorter jogs in the Blue Mountains to test the legs.  I started to feel more confident in actually standing on the start line by the Thursday before.  I had spent some time contemplating whether to start. I didn't want to be a liability to the race organisers nor any of their staff by getting myself into a situation that I couldn't safely get out of, nor compromise anyone else's safety for that matter.   Having done this event 4 times previously, I knew the course well.  I decided that I would give it a go and mitigate any risk, take one checkpoint at a time and remain in phone contact.

Decision made…..race day arrives and off I go in wave 4.  Quite tentative and easy to keep the load on the legs nice and light.  Bitumen section completed and down Furber stairs we go.  Legs feeling relatively good.  I clamber over the landslide and make my way around to Golden Stairs whilst trying hard to reign in my forward motion! Up Golden I go and I make a point of staying behind some slower less confident runners.  It was good to keep my breathing contained but frustrating at working at an uncomfortable pace.   I went through CP1 feeling great…I felt really good metabolically.  no nausea,
no vomitting, no shrek hands, no cramps like last year.…YAY!! .My hamstring had started to tighten somewhat but in true Physio fashion I ignored it….or at least tried to.  Fast forward 10km along Narrowneck….patellar tendon/hamstring/adductor not happy at all…..then….nek minit….bang….there goes the hamstring in a big way.  There is no ignoring things now…..can't run, can't walk.  I spent some time weighing up my options and attempting some form of self treatment but to no avail.

There is never a time where there is an easy decision in climbing into the 'Wagon of Shame', getting transported back to race base and signing the paperwork to withdraw.  It is a hard pill to swallow after all the hours, the miles, the early starts hours before the sun rise, the missed social occasions and all the other sacrifices that are made not only by me but also my family in helping me achieve my goals.  It is never easy….for anyone.  I was devastated and very disappointed in falling way short of my expectations and I only held it together until my amazing, wonderful family met me in the medical tent with kisses, cuddles and a beautiful bunch of flowers.  I felt so undeserving, so humiliated and so unworthy of anything.  But there they
were….holding me and soothing away all of the negative feelings and putting things into perspective…..that standing on the starting line willing to give it a go was the most important thing for my children to see.  This was my moment of clarity.  Be strong, stand tall and get back out there.

So, I got changed, bandaged a bunch of ice packs to my leg and off we limped to the checkpoints.   I had a lot of friends competing and wanted to cheer them on and support them in any way I could.  We followed them from CP 3,4,5 until nearly 12am!  What an inspiration they were……Guy Holloway and Frank Falappi…you both were hero's of the day.  Thank you for letting me be part of your journey…..you both bought tears to my eyes on more than one occasion (and not just when I had to put my hands down your pants Guy and trigger point your butt!!).  Ian Rowe….for a TNF virgin…you handled yourself like a pro!  Fantastic effort!  Adam Connor….you are an amazing competitor and you give so much to so many people. You set the standard for all trail runners.  Marina Brun-Smits….you are the most
admirable lady and you set the bar for what I aspire to.  Thank you for the beautiful hugs along the way.  Andy Bowen….what a checkpoint, grim sweeper leader!!  There are many people who owe their completion to you…you are one mean negotiator!!

Although my run didn't go to plan, I am forever grateful that I could be part of the TNF journey for so many people.  Sometimes we need a change in focus to gain perspective on the important things. Now…to plan for the next one!

Tylana Woodward (Physio Noosa)
A Physiotherapist and Exercise Physiologist who has been a lifelong fanatical runner. I was directed into my profession as a result of my pathological interest and dedication to training/racing in short, medium and long distance running. Now I am involved in sports such as ultra-distance trail running. I have also competed in endurance equine sports which allowed me to combine my love of running with horses. I work with an inspiring team of Health Professionals and support staff at Physio Noosa and wouldn't be able to do what I do without their support, knowledge and friendship. I hope to provide some personal and professional insights into being a wife, mother, runner, a physiotherapist along with contributions from the amazing Physio Noosa team.